Northwest Multiple Listing Service released results of its latest member satisfaction survey conducted last year. When asked, “In general, how satisfied are you with the service provided by NWMLS?” the MLS earned an overall score of 4.11 on a five-point scale.  Nearly nine of every 10 respondents (88.8%) said NWMLS is responsive to their queries.

More than 5,000 members and subscribers took part in the 2021 survey, which marked the sixth iteration of the biennial poll. The confidential feedback helps the multiple listing service plan and prioritize future service enhancements, new products and services, and projects, according to Tara Marino, director of communications and training at NWMLS.

Using a scale of 1-to-5, with five being “perfect,” survey participants were asked to evaluate Northwest MLS in five areas: responsive, knowledgeable, friendly, progressive, and professional. During 2021 and 2019, the highest scores were garnered for being “professional,” while those who replied rendered their lowest scores for being “progressive.”

Another part of the survey invited respondents to rate the importance and their satisfaction of various NWMLS systems and services. The goal is to keep satisfaction ratings close to or exceeding the importance rating, said Marino. Gaps can indicate areas for increasing training opportunities and/or system enhancements.

Members and subscribers regard the call center, legal bulletins, and tech support as the most important services.

Those who took part in the survey were also invited to list the first word that comes to mind when they thought of NWMLS. Responses were used to create a word cloud. (The bigger and bolder the word is depicted signifies its greater importance.) 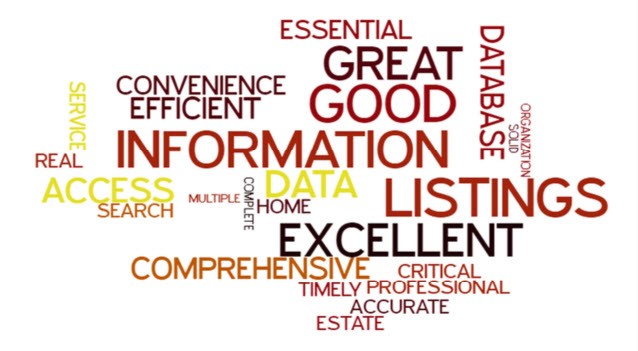 Northwest MLS has used the same independent research firm to conduct the survey since it was first done. The firm said the results are highly statistically valid given the high participation rate.

In general, the MLS scores for 2021 remained high but showed some slippage compared to 2019. Researchers say this is a common trend in satisfaction surveys across all industries. Don Morgan, senior partner at GMA Research, attributes the slight decreases to pandemic-related stresses (both financially and mentally) for many people.