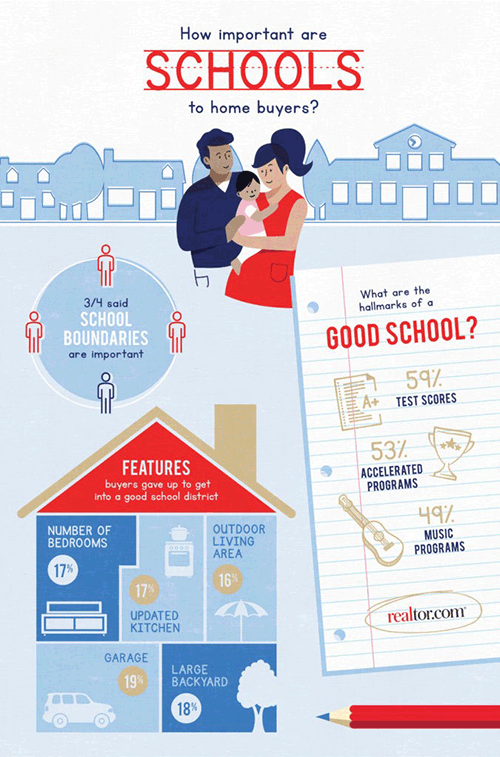 Schools are sacrosanct for most house-hunters, according to a survey by realtor.com.

Realtor.com surveyed 1,000 people in July who closed on a home earlier this year. “While buyers understand that they’re going to have to make some compromises to find a home in today’s market, schools remain non-negotiable on their home wish list.”

Survey respondents were asked about features they would forgo in order to live in their preferred school district. Topping the list was a garage, with 19 percent saying they would give up that amenity. Other features they named were a large backyard (18 percent), an updated kitchen (17 percent), desired number of bedrooms (17 percent), and an outdoor living area (16 percent).

Researchers noted the desire for particular schools varied significantly by life stage and age. While school boundaries were important or very important to a preponderance of successful buyers with children (91 percent), only 34 percent of buyers without children rated them similarly.