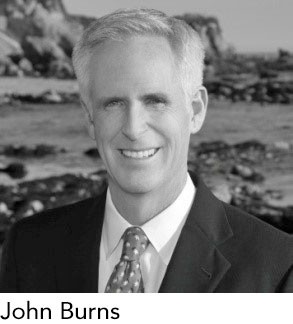 Mortgage rates will rise, a downturn in housing is unlikely, presidential appointees will maintain a firm grip on mortgage policy, and building materials expenditures will grow. Those expectations were among insights discussed by real estate “guru” John Burns at a recent webinar.

Burns, the founder and CEO of John Burns Real Estate Consulting in Irvine, Calif., was the featured speaker during a 30-minute investor-oriented Housing Market Outlook webinar for Bloomberg’s 300,000+ subscribers. His presentation covered the impact of mortgage rates on housing, and the outlook for home building, new construction spending, and spending devoted to repairs and remodeling.

“The future is always uncertain, but investors have to have a view,” stated Burns, a former senior manager at KPMG Advisory, in introducing his “most likely scenarios.”  That summary included:

Since launching his company in 2001 and spending the first year as a solo practitioner, John Burns has built his business to a firm with around 65 people at 17 offices in 12 states. Together, they provide a diverse array of clients with housing market insights gained from on-the-ground research. The analysis and perspective on local markets helps identify areas “that are best positioned for growth or most at risk of correcting.”