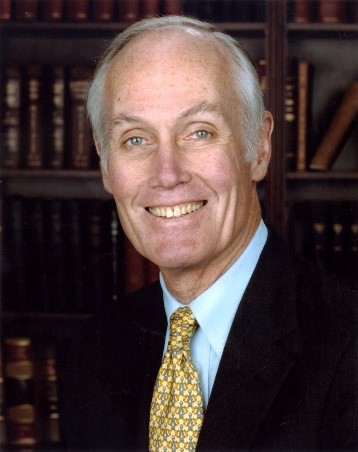 The Hon. Slade Gorton, who was the 2010 recipient of the Seattle King County First Citizen Award, is expected to be honored at a memorial service on August 19, 2021, which coincides with the one-year anniversary of his death. The widely respected statesman died at age 92 at his Bellevue home, surrounded by his family.

Because of the coronavirus pandemic, no large public gathering can be planned for the dedicated public servant, according to his family, who noted “It would seem fitting to hold a memorial service at T-Mobile Park.” That venue is proposed because the baseball-loving lawyer is credited with “going to great lengths to save major league baseball for Seattle” when he was State Attorney General (1969-1981).

In the announcement of his selection as the 72nd First Citizen, several community leaders praised his many accomplishments locally and nationally. His distinguished political career spanned several decades, starting in 1958 when he was elected to the state House of Representatives.

“Slade Gorton’s footprints are large on the paths of progress in King County, the State of Washington and the United States,” remarked 1968 First Citizen James R. Ellis. “As Majority Leader of the State House of Representatives, he passed an 18-bill legislative miracle for Forward Thrust. As a United States Senator, he successfully preserved thousands of acres of forest land to create the Mountains to Sound Greenway across the Cascades.  Each of these efforts was a historic walk-off home run for the public.”

Sen. Patty Murray, in a tribute published in the Congressional Record in 2000, proclaimed, “Throughout his career in both Washingtons, Slade defied labels. Within the Senate, Gorton has been a grand force for reasoned bipartisanship, never afraid to take a strong stand but also willing to work graciously and effectively with members of the opposition even at the tensest moments.”

Details on next year’s anticipated memorial service will be announced on a new website. The family has requested that in lieu of flowers, contributions may be made to “preserve and extend what Slade always considered his greatest legacy, the development of a new generation of leaders.” The Gorton Leadership Institute (GLI) has been established for that purpose.