Permits for single-family homes issued during 2017 outgained the volume for 2016 by 71,794 units for an increase of 9.6 percent, according to the National Association of Home Builders (NAHB). The annual Survey of Construction (SOC) found a similar increase (8.9 percent).

Forty-five states and the District of Columbia reported gains, led by Hawaii with a growth rate of 23.6 percent.  Ten states issuing the highest number of single-family permits combined accounted for 58 percent of permits issued.

Washington state lagged the national average with its 4 percent year-over-year increase in permits for single-family homes.

Multi-family starts during 2017 were mostly flat, with NAHB estimating a 0.5 percent gain while SOC showed a small YOY decline of 2.2 percent. About half the states (24) and the District of Columbia recorded a growth above the 0.5 percent mark. Washington was among them, notching an increase of nearly 8 percent.

Wyoming had the most impressive rate of growth for multi-family permits at a whopping 160.7 percent gain; Texas topped the list for number of permits issued last year at 55,791.

NAHB figures are based on a sample of permit offices, and may be adjusted later in the year to reflect final reports from all offices. 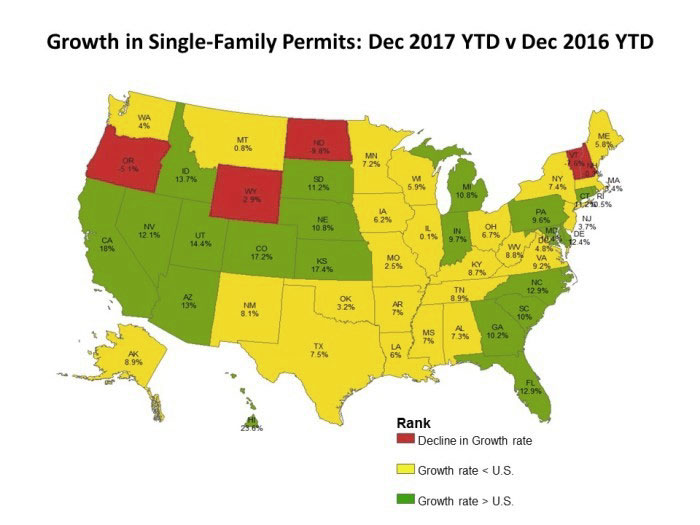 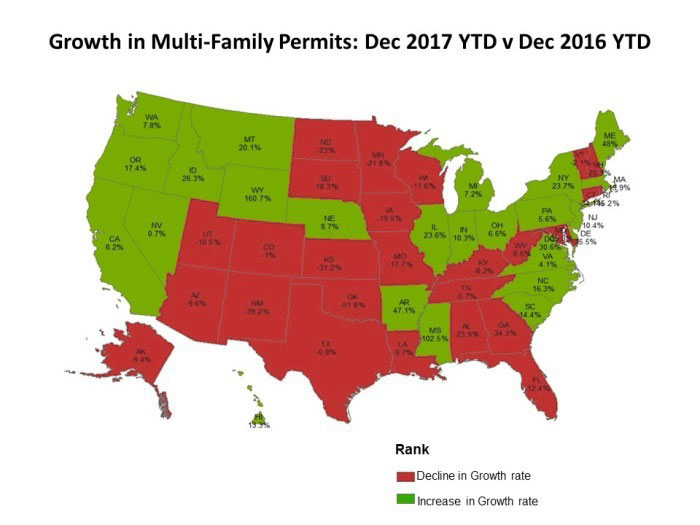