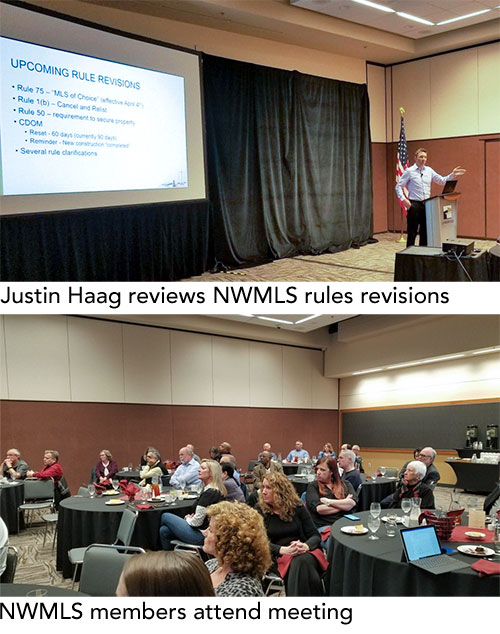 Strategic planning, a satisfaction survey, system updates, upcoming services, and updates pertaining to rules, forms and legislation were all part of the spring 2019 meetings for Northwest Multiple Listing Service members.

As part of its strategic planning process, Northwest MLS conducted various group and individual “listening sessions” as well as a Directors’ retreat. Those sessions focused on a number of key themes, including technology, opportunities to grow the MLS, how to best provide and improve programs and services in the next five years, and the composition of the board of directors.

“We’ve been opportunistic, but not particularly aggressive,” said Tom Hurdelbrink, president and CEO of Northwest MLS at one of the meetings. He expects an updated strategic plan will be drafted in early summer.

Also under way is a member satisfaction survey, which will provide feedback on new products and services, future service enhancements, and project priorities.  Results of the latest survey (which drew more than 5,000 responses from members and subscribers) are being tabulated.

Tara Marino, director of communications and training at NWMLS, provided an overview of systems updates, including Matrix 360, which integrates Matrix listing data with public records and data from Realist to yield a 360-degree view of properties. (Realist is still available but is being phased out.)

The rollout followed months of testing and tweaking. Now, the integration offers several new display and search features, various time-saving products, and even the ability to generate mailing labels.

Also highlighted was the robust education portal offering in-person and online classes. The portal has a new interface and registration system, plus the option of completing introductory classes online.

In the first five months since its launch, Marino said more than 6,200 members/subscribers have availed themselves of classes, with online classes proving to be particularly helpful during February’s heavy snowstorms.

Member brokers also got a preview of new classes, including online versions of TransactionDesk and updated Matrix Essentials, as well as in-person classes on statistics tools and mobile options.

Marino reminded members of online and in-office training classes, webinars, video tutorials, workshops and user guides, noting that trainers are available for office visits. Such visits may be scheduled by emailing a request to education@nwmls.com.

Next on the agenda was a report on SafeMLS®, the new website security system that Northwest MLS launched on January 22 with enhanced protections for MLS and member data. Since that launch, Marino said there have been 32,253 successful enrollments and more than 2.l million logins. SafeMLS also tracks metrics to help with support and communications, and to identify possible misuse, such as unauthorized access to MLS accounts or other indications of password sharing.

Another update centered on Homesnap, an industry friendly national consumer home search experience with a “pro” version that is now accessible to more than 120 MLSs and 900,000 real estate brokers.

Since 2015, when the national initiative started, the portal has grown to encompass more than 75 percent of America’s homes, tax records, census data and other information. NWMLS now has more than 19,000 registered users who can take advantage of ever-expanding training opportunities.

Marino report that Homesnap and CoreLogic (Matrix) will be integrated later this year to enable greater efficiencies.

She also reminded brokers of the many resources and tools on NWMLS.com, including several detailed PDF reports and statistics that are published with the monthly press release. Examples she showed included a “Market Snapshot Infographic,” plus InfoSparks, used to create custom graphs and charts, and FastStats. She also noted statistical reports by county are archived to 1990.

To conclude the program, attorney Justin Haag provided a preview of forthcoming rules revisions and clarifications, pointing members to a just-released legal bulletin (#214). Among rules being revised are Rule 75 (“MLS of Choice”) Rule 1(b) (Cancel and relist), Rule 50 (requirement to secure property), changes to CDOM, and several clarifications. (Rule 1 and changes to CDOM are pending board approval.) 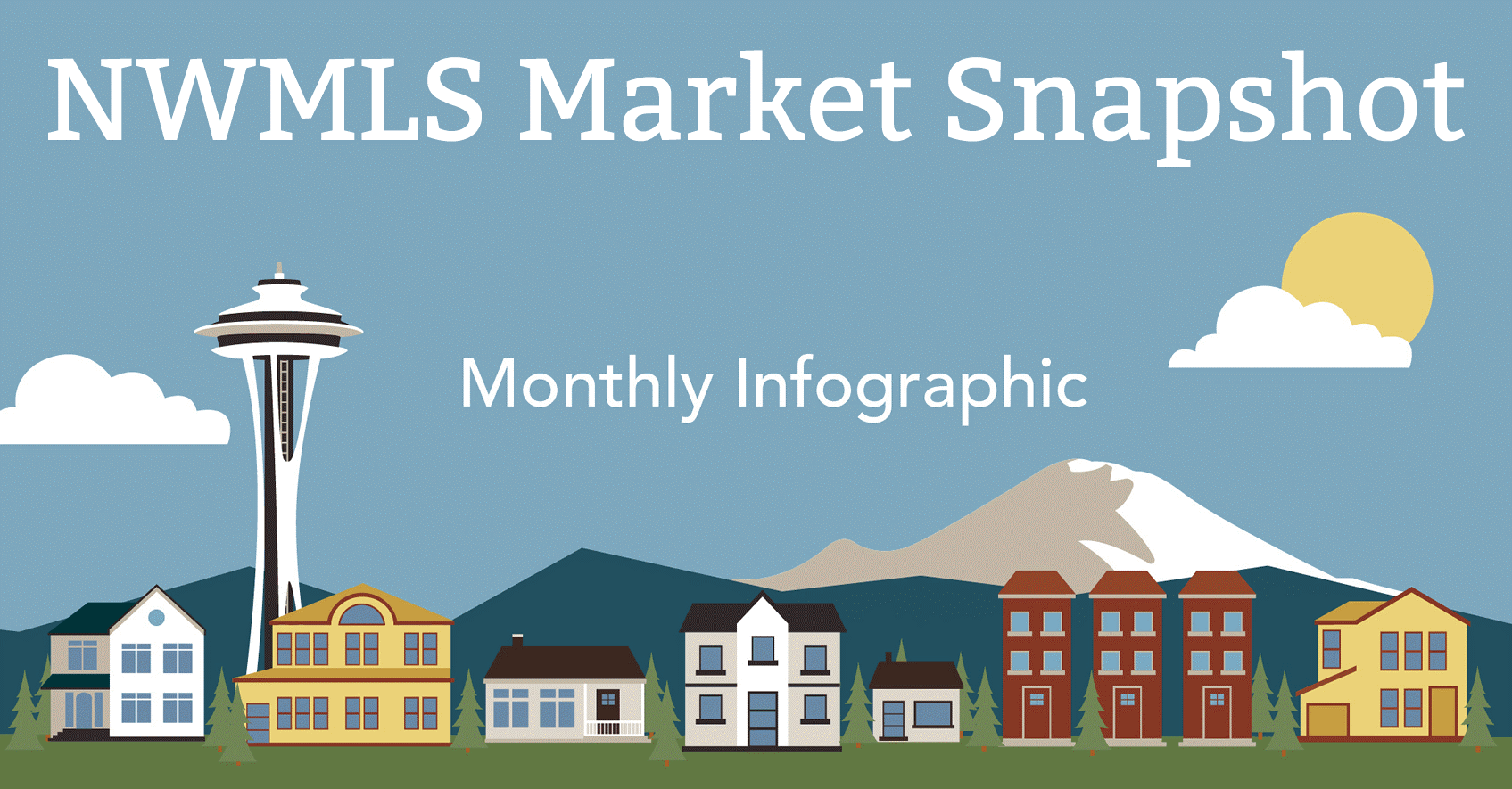 Haag, the general counsel at NWMLS, also highlighted various legislative matters affecting the real estate industry, including proposed (but not enacted) bills pertaining to dual agency, independent contractors, HOA ombuds, and data privacy. He followed that update with quick recap of how the Realtors’ affordable housing agenda was faring.

To wrap up the spring meeting, Haag presented a brief progress report on meetings with the Statewide Forms Task Force, with revisions likely in July.  He characterized most of the expected changes as “clarifications.”