Members of Northwest Multiple Listing Service reported 92,555 closed sales during 2018, fewer than the previous year, but the dollar volumes surpassed 2017 by nearly $688 million for a small gain of 1.4 percent.

Measured by dollars, last year’s sales of single family homes and condominiums were valued at almost $47.2 billion across the 23 counties served by the member-owned Northwest MLS.

The sales activity reflects the work of more than approximately 31,700 brokers in more than 2,300 member offices (NWMLS members may access the comprehensive 43-page report on the MLS website). 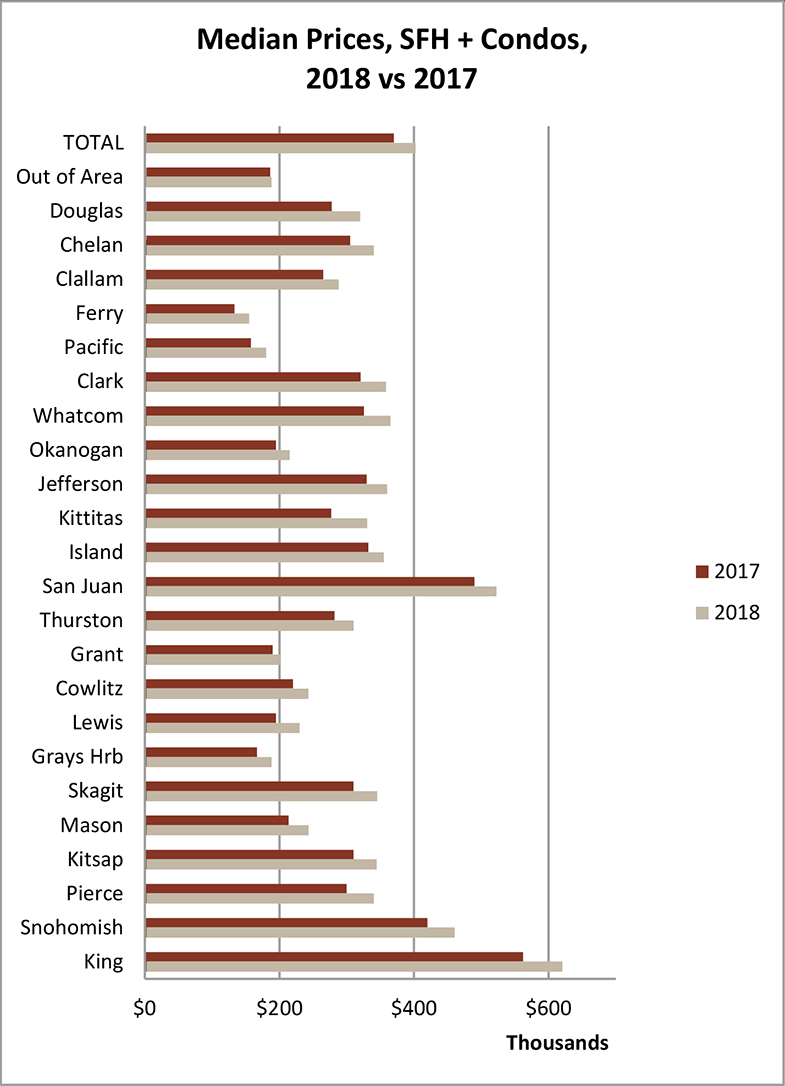 Last year, the area-wide supply, as measured by months of inventory, averaged 1.77 months, a slight improvement on the 2017 figure of 1.48 months. Among the counties in the MLS service area, Snohomish had the lowest level, averaging just under1.4 months. In general, industry analysts use a 4-to-6 month range as an indicator of a balanced market, favoring neither buyers nor sellers.

Among other highlights in its annual compilation of statistics, Northwest Multiple Listing Service reported:

Northwest Multiple Listing Service, owned by its member real estate firms, is the largest full-service MLS in the Northwest. Its membership of nearly 2,300 companies includes around 31,700 licensed brokers (including designated/branch managing brokers). The organization, based in Kirkland, Washington currently serves 23 counties in Washington state.