There were 1,543 homeless students in East King County in the 2015-2016 school year, a 9.8 increase from 2014-2015. Homelessness has particularly adverse effects on children and youth, including hunger, poor physical and mental health, and missed educational opportunities, according to studies by various providers of low income housing.

Research cited by the National Low Income Housing Coalition indicates a strong correlation between housing assistance for children and their economic outcome as an adult. A child’s neighborhood and home life have a significant impact on their performance in school. Children in low income households who live in affordable housing score better on cognitive development tests than those growing up in households with unaffordable rents.

More than 450 community members and leaders from the Puget Sound region are expected for the Imagine Gala & Auction. This year’s Presenting Hope Sponsor is JPMorgan Chase & Co. Tickets and sponsorship options are online or available by calling 425-576-5190. 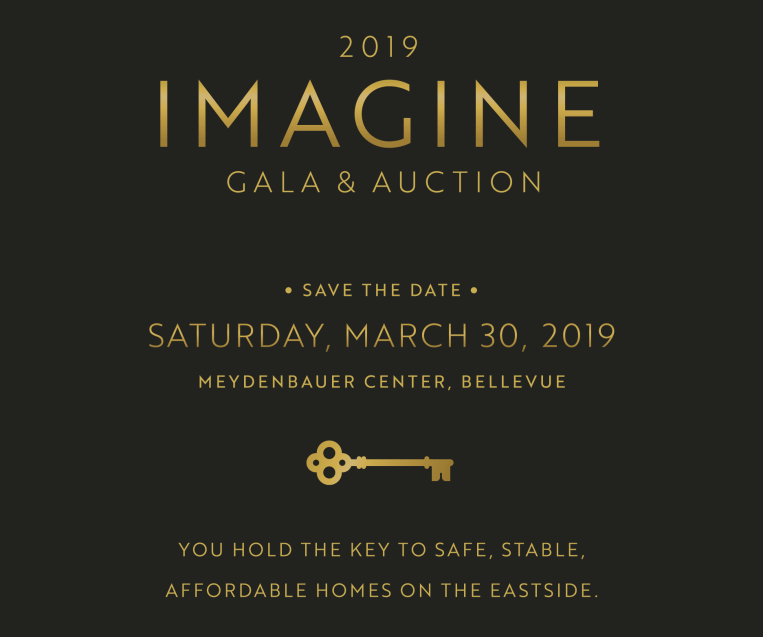