Microsoft will begin accepting proposals this month for $500 million from an affordable housing fund it unveiled earlier this year. The tech giant expects to deploy the funds over the next three years.

Applications must meet certain criteria to qualify for the funding which has a three-pronged purpose: 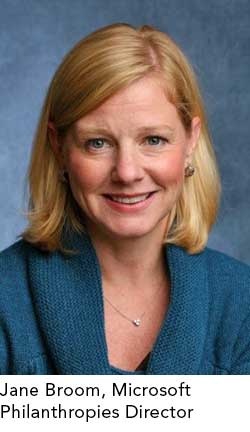 At a meeting in late May, Microsoft Philanthropies Director Jane Broom outlined the criteria for funding and stated, “Our biggest goal will be: can we create replicable products that other investors can use? They can make a little bit of money, we can get the markets to work a little better – that is ultimately what our goal is with this portfolio.”

To qualify for funding, projects must have at least 100 units with at least 40 percent of them dedicated to middle-income families, or 80 percent of the units to low-income families. Additionally, the housing must be within a 60-minute commute to Bellevue during peak traffic hours, and developers must commit to keeping the units affordable for a minimum of 10 years.

Innovation, diversity and services for residents, such as daycare centers and healthcare facilities, will also be considered, according to Broom. Some of the great new housing projects the company has seen have opportunity centers and “all kinds of things that really make strong communities,” she added.

When Microsoft announced the $500 million fund in January, it specified the commitment would include:

At the same briefing, representatives discussed the company’s affordable housing analysis that supports the need to preserve existing and create new affordable housing units for low- and mid-income households in the Puget Sound Region, which is defined to encompass Seattle plus Auburn, Bellevue, Federal Way, Issaquah, Kent, Kirkland, Redmond, Renton, and Sammamish.

Commenting on the impetus for establishing the housing affordability fund, Broom told a business group that Microsoft President Brad Smith learned a majority of Redmond’s police force couldn’t afford to live in the community where they worked during a breakfast meeting with the city’s police chief. She also acknowledged the affordability crisis was affecting Microsoft internally and its ability to recruit and retain talent.

“Listening to the debates, listening to the issues, the sense of urgency from the community really came out last summer,” Broom said, adding, “We can’t just fight, we need to think about what we can do to help improve this.”