Majority of homeowners plan to remodel, not move

Current homeowners – by a wide margin – say they plan to never move.

A new survey by Bankrate found 21 percent of homeowners plan to move within five years, but a whopping 62 percent say they plan to stay put. 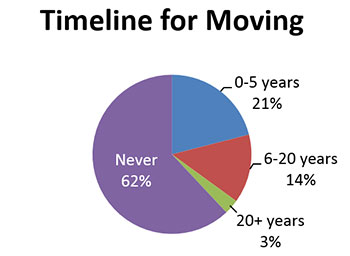 “One of the unintended consequences of staying put in their homes is the reduced supply of homes being put on the market,” says Mark Hamrick, Bankrate senior economic analyst. “This is one of the underpinnings of rising home prices, which have outpaced growth in wages by a substantial margin.”

Supply continues to dwindle across the country, according to the National Association of REALTORS®, which reported total housing inventory dropped 7.2 percent from a year ago. The shortage is contributing to rising home prices. House hunters also face higher mortgage rates, noted NAR Chief Economist Lawrence Yun.

With limited options to trade up, homeowners are turning to remodeling to satisfy changing needs.

More than half (55 percent) of homeowners who participated in the 2018 Home Renovation Trend Report plan to undertake at least one project in the coming year. Kitchen remodels topped the list with 15 percent planning upgrades, followed by improvements a bathroom (13 percent) and a bedroom (9 percent). Homeowners are expected to spend nearly $340 billion on planned repairs and renovations during 2018.