Built Green®, the holistic green home certification program of the Master Builders Association of King and Snohomish Counties, is holding its annual conference on September 13 at the Lynnwood Convention Center. Participants can choose sessions from four tracks during the daylong event.

Featured keynoter is Vien Truong, national director of Green for All and one of the country’s foremost policy experts and strategists of building an equitable green economy. Truong, who also serves as CEO of the Dream Corps, is a former environmental equity director of the Greenlining Institute, a public policy group. In her various positions she has developed numerous energy, environmental, transportation, and economic policies and programs at the local, state, and federal levels. 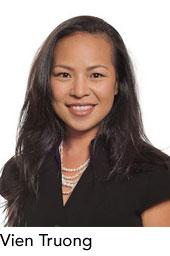 The breakout sessions are built around four themes: Building Innovations, Advancing Policy, Bettering Community and Greening Construction. One of the sessions features representatives from Seattle’s second-ever Built Green certified home to reach Emerald Star level. One editor described the West Seattle home as “a supremely certified, super-sustainable showcase of so many features. . . it would exhaust a lot of energy to even itemize them all.”

Conference planners offer two tiers of pricing, including the full day conference option or the reception/awards ceremony only. Registration fees vary, with discounts offered until August 31.

In addition to the annual conference, Built Green certifies green homes, remodels, apartments and communities. It also cultivates a member network of companies and individuals involved in the green building industry, and researches and markets the human and environment benefits of green building.