In a series of unanimous votes, Kirkland’s City Council approved a code package on March

17 related to “Missing Middle” housing. The action enables the development of cottage, carriage and two/three-unit homes and accessory dwelling units. 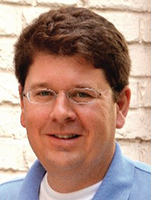 SKCR Housing Specialist Randy Bannecker attended the meeting and submitted a letter on behalf of the association’s 7,000 members in which he emphasized the package under consideration would “make an important contribution to affordability in Kirkland.” Continuing, he wrote, the code package would “promote the creation of these smaller units while enabling greater utilization of existing houses and residential lots, without a significant change in community character.  The added units offer important affordable housing opportunities for tenants as well as income for the owner — easing the owner’s mortgage.  In addition, missing middle units can offer important housing stability options for “empty nesters” and seniors on a fixed income.”

Prior to voting, councilmembers heard a briefing by Senior Planner Dorian Collins who provided an overview of the proposals, which were outlined in a 164-page memorandum. In her remarks she said the amendments were consistent with the recommendations of the Planning Commission, adding they would implement key goals in the Housing Strategy Plan adopted in 2018.