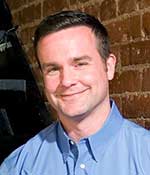 Jason Wall, president and designated broker at Lake & Company Real Estate in Seattle, has been elected chairman of the Northwest Multiple Listing Service (NWMLS) board of directors. Other new officers for 2018 include Kevin Campbell, vice chairman; Robert Wasser, treasurer, and Randall Fisher, secretary.

Joining the officers on the 15-member board are five newly elected directors for the member-owned organization. They include:

Wall, the new board chairman, has been affiliated with Lake & Company since 1995, following work as a mortgage banker. His experience in real estate spans nearly 30 years and includes owning and rehabilitating rental housing, serving on the board at Seattle King County Realtors®, and serving as president of the Northwest Independent Brokers Association. The Seattle native who “grew up in a real estate family” assumed the role of designated broker/owner in 2013 when company founder Michael Skahen retired.

The new vice chairman of the NWMLS board, Kevin Campbell, traces his real estate career to 1995, including experience in residential and land sales. He is the designated broker and owner of Windermere offices in Kelso/Longview and Cathlamet, and has served on several other real estate-related boards.

Robert Wasser, who served as 2017 secretary, was elected treasurer for 2018. He is the owner of Prospera Real Estate in Seattle and also serves as president of the Northwest Independent Brokers Association, a nonprofit organization comprised of more than 50 brokerage offices representing 700-plus real estate professionals. Wasser, a University of Washington graduate, has been licensed since 2004. His industry involvement also includes service on the Northwest MLS Disciplinary Review Panel.

Randall (Randy) Fischer of Coldwell Banker Koetje Real Estate in Oak Harbor, where he also resides, has more than two decades of real estate experience. He will serve as this year’s secretary. The retired naval officer specializes in military relocations and helping veterans with their real estate needs.

Keith C. Bruce becomes one of five directors representing King County members. He is the designated broker and co-owner of Sound Point Real Estate in Seattle. Upon graduating from the University of Washington, he joined the U.S. Navy, serving three tours of duty in the Persian Gulf. The Certified Military Housing Specialist also serves as an instructor for the Washington State Housing and Finance Commission, on the board of the Northwest Independent Brokers Association, and on various Northwest MLS committees.

Stuart Heath was also elected to represent King County members. During his 25 years in real estate he has consistently ranked among the top one percent of brokers nationwide. Heath is president and designated broker at Bellmark Real Estate in Bellevue and a principal at Elliott Bay Asset Solutions in Seattle. The Bellevue resident is co-vice president of the Northwest Independent Brokers Association and a member of the Commercial Brokers Association and the Rental Housing Association of Washington. Heath is also an attorney and serves on the board of several civic and nonprofit organizations. He is a graduate of Whitman College and Seattle University School of Law.

Members in Pierce and Thurston counties selected Lakewood Realtor Mike Larson to represent them on the Northwest MLS board, a position he also held from 2001- 2008. Larson, a graduate of Pacific Lutheran University, is the president and designated broker at ALLEN Realtors. He has held leadership roles with the Tacoma-Pierce County Association of Realtors, Washington Realtors, and several other industry, business, and civic organizations.

New board member Keith Wells started his real estate career in 2003, then interrupted it to attend law school, graduating in 2010. He is the owner of Windermere Real Estate/HLC offices in Woodinville, Monroe and Chelan, and also maintains a law office at the Woodinville location. The Maltby resident is a graduate of Western Washington University and Willamette University College of Law.

Directors of Northwest MLS are elected by district, each district encompassing one or more counties in the MLS service area, currently covering 23 counties.

Six other broker-members also serve on this year’s board of directors: