It’s past time to strike racially restrictive covenants from deeds

Although no longer enforceable, restrictive covenants were common in the first half of the 20th Century. Such agreements sometimes barred people from specific races, national origins, ethnic backgrounds, and even certain religions from legally purchasing or occupying properties.

A report in the September/October edition Common Ground, a publication of Community Associations Institute (CAI), stated some covenants generally barred “non-Caucasian” groups, while others would specify certain races, nationalities, or individuals with disabilities. 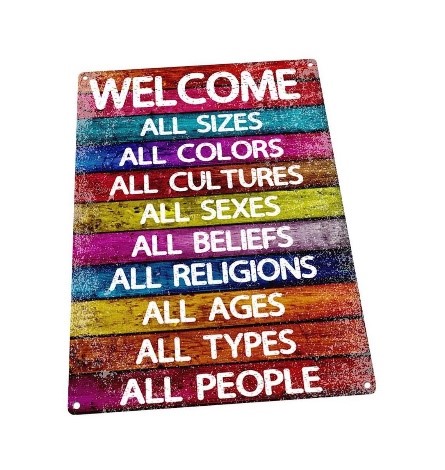 When the Supreme Court ruled such covenants to be unenforceable in a 1948 decision (Shelley v. Kraemer) it was estimated that more than half of all residential housing built in the country carried deeds with racially restrictive covenants.

In 1968, with the passage of the federal Fair Housing Act, writing racially restrictive covenants into deeds became illegal. That law also made it illegal to refuse to sell or rent a home to any person who was included in a protected class.

A Washington state law passed in 1968 rendered such covenants void. That law (RCW 49.60.224) says it is an unfair practice to attempt to honor a racially restrictive covenant in the chain of title. Nevertheless, Segregated Seattle, part of the Seattle Civil Rights & Labor History Project at the University of Washington, has collected 70 segregation maps and nearly 500 restrictive covenants from deeds on file in the King County archives.

Even if a covenant is no longer enforceable, legal scholars note it will still be visible in the chain of title, and even within the language of the deed. (The chain includes all the recorded documents that affect title to a property, back to the original conveyance by the United States.)

To the dismay of many, racially restrictive covenants remain in deeds and governing documents in a surprising number of community associations. (If CCRs are more than 30 years old, they should be scrutinized.) Removing offensive provisions can be an onerous process unless legislation at the state level is available, according to the Community Associations Institute, an international membership organization with more than 40,000 members.

Property owners in Washington were granted a way to strike racially restrictive covenants from documents affecting the title of their properties, thanks to a 2018 amendment to state laws against discrimination. Owners of properties with a racially restrictive covenant can now record a modification document with the county where the property is located.

To determine if a racially restrictive covenant is related to a particular property, a search of land title records maintained by the King County Recorder’s Office can be undertaken. Although it’s free to search those records, it can be a complex process and fees are charged for properties.

A second method is to review the owner’s title insurance policy, typically issued at the time of purchase. This policy identified documents appearing in the public records that affect title to that property – even from decades ago – or covenant documents affecting an entire subdivision. Using those findings, it may be possible to obtain copies from the company that issued the title policy (fees may apply) or to get copies from the Recorder’s office.

The owner may then file a modification document that refers to the recorded document containing the racially restrictive covenant and insert the following statement required by law:
The referenced original written instrument contains discriminatory provisions that are void and unenforceable under state law and federal law. This document strikes from the referenced original instrument all provisions that are void and unenforceable under law.
In other states, if laws have not been passed for modifying documents, CAI supports the following model language:
A restriction, covenant, or condition, that prohibits or limits the conveyance, encumbrance, rental, occupancy, or use of real property on the basis of race, color, national origin, religion, sex, familial status, or prohibits maintaining a trained guide dog or assistance animal because the individual is blind, deaf or has a physical disability, is void and has no legal effect, except a limitation of use for religious purposes as permitted under the Federal Fair Housing Act or state law.
Recording a modification document will not delete the historic record, but it provides notice in the land title records that the racially restrictive covenant is void and unenforceable. It legally strikes (but doesn’t physically erase) the void and illegal discriminatory provisions for the original document.

In King County, the Recorder’s Office has step-by-step instructions for preparing and recording a “Restrictive Covenant Modification Document” and online forms for both individuals and non-individuals. There is no charge to record the document, but there may be a fee to have the form notarized.

“Not only is it important that people be aware that this kind of discriminatory language exists and was pretty extensive, but (they should know) that we’re trying to work with communities to ensure that they have at least one remedy,” stated Steve Lafferty, a member of Maryland’s state legislature who has helped homeowner associations in that state modify covenants with racially restrictive language. “It doesn’t erase history. I think it just rectifies for future generations that this is not language that is going to be acceptable,” he added in an interview in Common Ground.