Homeownership – more than any other financial asset – is key to household wealth, accounting for nearly one-fourth of all assets held by households in 2016. The Survey of Consumer Finances (SCR) valued assets made up of primary residences at $24.2 trillion.

Three additional categories accounted for another 55 percent of a household’s balance sheet:

The remaining assets, with a combined value of about $20.1 trillion, included stocks and bonds (7 percent); vehicles and other non-financial assets (7 percent); and other residential real estate (6 percent).

The Survey of Consumer Finances (SCF) with family-level data, is published every three years by the Board of Governors of the Federal Reserve System. A different survey, the quarterly Financial Accounts of the United States (previously known as the Flow of Funds Accounts), provides aggregate information on household balance sheets. 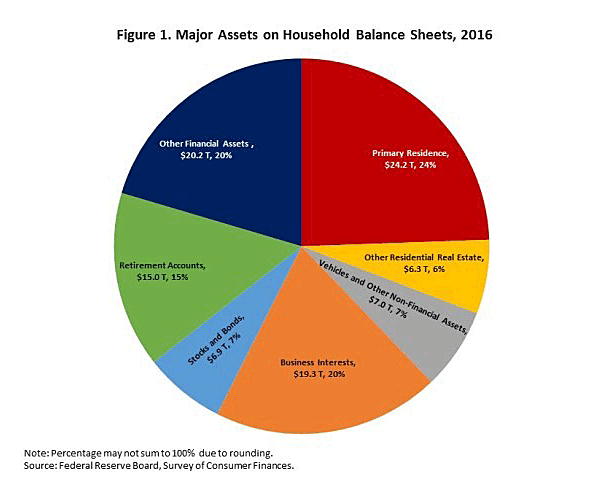