Eligible Black/African American homebuyers can borrow up to $12,000 to layer into a mortgage loan to use toward their home’s purchase cost. Dubbed the “Sam Smith ‘Hi Neighbor’ Homeownership Fund,” the deferred loan product is designed for first-time homebuyers.

In addition to increasing purchasing power, the new assistance program will help bridge the affordability gap facing Black/African American homebuyers earning between 80% and 120% of area median incomes in Washington state. 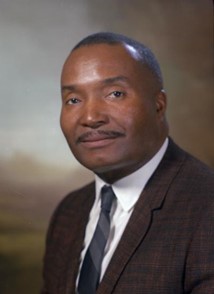 The new “Hi Neighbor” fund is named after Sam Smith, the first Black person to be elected to the Seattle City Council (in 1967), and the second Black State Legislator from King County (first elected in 1958). One of the first acts the affable, five-term legislator is credited with was introducing a bill to ban discrimination based on race or religion in the rental or sale of homes, which initially failed. Nevertheless, the prominent politician is credited with championing the 1967 passage of the state’s Open Housing Law, as well as bridging the political and cultural gap between the white and Black communities.

Sam Smith died in 1995. HomeSight worked with the Smith family to craft the “Hi Neighbor” fund. Carl Smith, son of the legendary legislator, said “It’s an honor and a pleasure to have HomeSight use the Same Smith name for them to pursue equity in home purchases. He also noted, “My grandfather instilled in my father that the way to have freedom is to have land and for people in that era, it was freedom.”

Nicole Bascomb-Green, VP/community affairs manager at US Bank, president of NAREB’s Washington State Chapter, and a HomeSight board member, is acknowledged as being integral in the creation of the fund. “In my work it’s very important for me that we continue to talk about black homeownership because everyone I knew growing up was a homeowner,” she remarked before citing figures on the decline in Black ownership, which she called “just unacceptable.”

“My work with NAREB is all about democracy in housing, supporting homeownership – particularly black homeownership and other disenfranchised communities, and ensuring we have that capacity to have generational wealth. That’s what this country was built on.”

Windermere’s involvement flowed from its Equity and Inclusion priority. “After the murder of George Floyd, we got together and decided that it’s morally imperative that we get involved. So, we put Equity and Inclusion as a top priority in the company,” said OB Jacobi, president of Windermere Real Estate.

The company created a document called Windermere Pillars to effect change in community and leadership. One of the pillars was Home Ownership. “After meeting with HomeSight, we agreed that the Sam Smith ‘Hi Neighbor’ Homeownership Fund was perfect for us to get behind and push homeownership that can effect change in such a positive way,” Jacobi stated.

HomeSight works to preserve and promote economically and culturally diverse communities through affordable homeownership, business development, and community advocacy. Among its offerings, which are focused on communities of color, are conventional mortgages statewide. The fees earned from lending are immediately invested back to support its mission.