Builders embrace IT, but hesitate to adopt construction technology 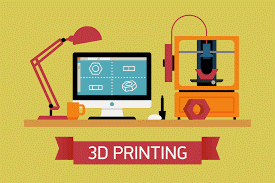 Builders tend to embrace information technology, but when it comes to construction technology they have been slow to incorporate most of the newer and more innovative options. Those findings were reported by the National Association of Home Builders, which included questions on the use of technology in its regular surveys of single family builders and residential remodelers.

Researchers provided survey participants with a list of 15 construction technologies and asked them identify which ones they used during 2019.

Although 3D printing is growing rapidly, with experts projecting that industry to expand from $15.8 billion in 2019 to $35.6 billion by 2024, only 1% of home builders and no remodelers signified using such technology. That’s slightly better than the zero percent (0%) of both groups in response to four of the items on the list: digital tilt sensors, wearable construction worker monitors, automated brick laying machines, and other on-site robots.

In a statement announcing the survey results, NAHB said it is “not surprising that these newer technologies have not penetrated the residential construction industry yet.” The motivation for including them in the surveys was largely to establish a baseline for future reference. NAHB also noted some of the technologies are not relevant to both groups or for all types of remodeling jobs.

Survey participants were also asked about common types of IT they use and for which applications. Smart phones, desktop computers, and laptops proved to be most common, with 80% or more of the builders and remodelers using them. A majority in both groups use iPads or other tablets.

Around 20% of builders and more than 30% of remodelers use construction management software, GPS systems, design software, and 3D computer graphics. So far, virtual reality, Building Information Modeling, and big data purchases have penetrated the residential construction market “only to a limited extent,” according to NAHB.

The builders and remodelers were also asked about how they use IT based on a list of a dozen possible applications. Managing internal business operations proved to be the most widely used, with 92% of builders and 89% of remodelers indicating usage. A similar number said they use technology to communicate with employees or subs.

At least two-thirds of the survey respondents indicated they use IT to help schedule subcontractors, and for marketing presentations to customers.

Not surprisingly, the biggest gap in usage between the two groups proved to be Houzz. While 59% of remodelers use it, only 39% of builders said they use it. (As NAHB noted, Houzz was created specifically to distribute information about interior design and home improvement.)

NAHB included the special questions on use of technology in its monthly NAHB/Wells Fargo Housing Market Index and quarterly Remodeling Market Index. A total of 508 builders and 233 remodelers responded to the two surveys.

An 8-page report summarizing the survey findings is available as a courtesy of HousingEconomics.com, the online economics information source for America’s housing industry. Housing Economics is published by NAHB and available by subscription.