Bellevue broker selected to chairman of Northwest MLS board

Robert (Robb) Wasser, branch manager at the Bellevue South office of Windermere Real Estate/East, has been elected chairman of the Northwest Multiple Listing Service board of directors. Other new officers for 2020 include Randall Fischer, vice chairman; Stuart Heath, treasurer; and Chris Millsap, secretary.

Wasser, the new board chairman, traces the start of his real estate career to his days as a college student when he purchased his first investment property. He obtained his real estate license during his junior year at the University of Washington. Shortly after graduating from UW’s Michael G. Foster School of Business in 2005, he opened Prospera Real Estate, which he operated until September 2018 when he assumed his current role at Windermere.

The new chairman has been involved in Northwest MLS and other industry organizations for many years, including service on several MLS committees and panels. He was elected to his first term on the NWMLS board in 2016, serving as secretary in 2017, treasurer in 2018, and vice chairman last year. He also served as president of the Northwest Independent Brokers Association from 2013-2018. The Seattle resident grew up in Bellevue. 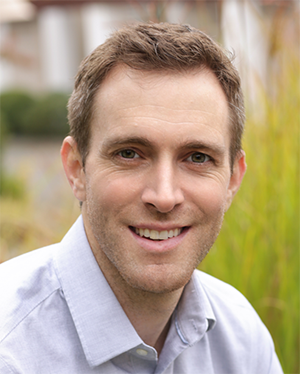 Treasurer Stuart Heath is president and designated broker at Bellmark Real Estate in Bellevue. He has been a licensed real estate broker since 1992 and an attorney since 1994. In addition to his service on the NWMLS board, he is an officer with the Northwest Independent Brokers Association and a member of the Commercial Brokers Association and the Rental Housing Association of Washington. Heath is also an active community volunteer whose current service commitments include the City of Bellevue Parks and Community Services Board, Pioneer Human Services, Children’s Institute for Learning Differences, and Habitat for Humanity.

Chris Millsap, this year’s NWMLS board secretary, is owner/designated broker at RE/MAX Advantage-Lake Chelan, which he opened in mid-2011. Since first obtaining his real estate license in 1979, his industry experience has included ownership in two construction companies and a title and escrow business. Millsap moved to the Lake Chelan Valley in 2008. He holds several professional designations and is a past president of the Utah Land Title Association.

Northwest MLS member-brokers elected four directors for three-year terms starting this year, including Millsap, the 2020 secretary, and Wall who were re-elected for another term. New to the board are Himlie and Pust.

Jeff Pust started his real estate career on the financial side, beginning as a mortgage loan originator in 1986, and then as a loan underwriter and appraiser. The lifetime Thurston County resident joined Van Dorm Realty in 1994, and in 2004, upon the retirement of his wife’s parents from the business, he and his wife assumed the helm.

Jill Himlie is a second-generation real estate broker, having worked for the family business since graduating from college. Following a break to raise her family, she returned to the industry full time in 2006, becoming designated broker/owner in 2015. Himlie holds several professional credentials and has been a devoted volunteer with various industry and community groups, including Skookum Rotary, where she is a past president, the Shelton Mason County Chamber of Commerce, and the Mason County Association of REALTORS®.

Jason Wall, who served as 2018 chairman of the NWMLS board, joined Lake & Company in 1995. The Seattle native has owned the Green Lake area brokerage since 2013 when founder Michael Skahen (also a past chair of NWMLS) retired. Wall has served in leadership positions with Seattle King County REALTORS® and the Northwest Independent Broker Association.

Directors of Northwest MLS are elected by district, with each area encompassing one or more counties in the MLS service area.

Nine other broker-members also serve on this year’s board of directors:

Northwest Multiple Listing Service is a not-for-profit, member-owned organization that facilitates cooperation among its member real estate firms. With more than 2,300 member firm offices and 30,000 brokers across Washington state, NWMLS (www.nwmls.com) is the largest full-service MLS in the Northwest. While based in Kirkland, Washington, its service area spans 23 counties and it operates 20 local service centers.